I am proud to announce, that a new major update 0.4.0 will be released today, which will finally give you an opportunity to spend your hard earned Pixels.

The item shop replaces the previous "Mini Shop", where you were only able to buy additional character slots and the (free) character reset item "Wing of Memory". Now, you also have a number of equipable items that change your look and/or boost your characters' stats. 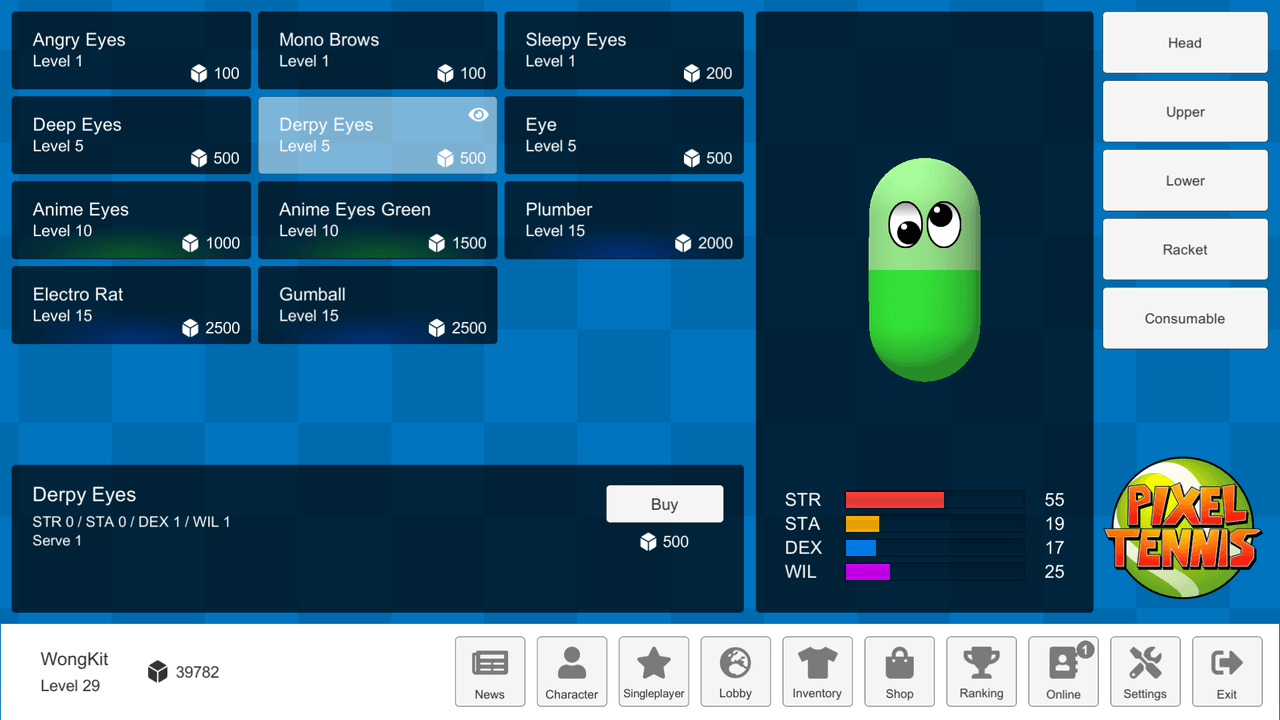 
With the first release, there will be five different item categories*
*Another item category "Shoes / Feet" is planned to provide some items with DEX boosts at a later stage.

The inventory looks pretty much like the item shop. Obviously, it only shows the items that you have purchased. You can equip and unequip items as well as sell or consume them.

Some items also come with newly added secondary attributes. As you can see in the upper screenshot, the "Derpy Eyes" gives you an additional +1 on serve. In Pixel Tennis, all boosts affect the ball speed of a certain shot type, so there could be a bonus on Serve, Lob, Smash, Slice, Special and Charged Shots.

The effect of a single +1 could be quite small, but it is possible to combine items with the same effect to achieve a greater result.

MrJivoirien asked via Discord if it is possible to make the player name tag less intrusive so that it does not cover the ball that much. Of course it is!


The player name tag is now a bit smaller and also misses its black background. Additionally, it also contains a small icon on the left side, which reflects your current character level. There are 4 different styles (none, pearl, star, ???) along with their color variations (yellow, red, blue, purple, silver). I will not list all levels with their corresponding symbols, but I am sure, that you will find it out by yourself :)

With the release of equipment and their own attributes, it is time to revert the available attributes per character level back from 2 to 1. This means, that the overall character strength is a bit lower in total and that it is not possible anymore to create 100+ WIL builds for example. One-sided builds never were intended in the first place anyway. However, future items might still allow you to focus more on certain attributes.

A free "Wing of Memory" (attribute reset) will be applied to your character on your next login.

The previous maximum level was capped at 50. With this update, you can raise your pill up to level 60. But be warned, the exp requirements for the last 10 levels are higher. You still get 1 attribute point for every gained level. 
Gaining a level will result in a new information popup. I felt, that leveling up did not feel that rewarding as it was never directly indicated ^^"

In your character overview, you will find a small text "About attributes...". Clicking on it reveals a brief description of the attribute's effects. This mainly should give newer players a better understanding of STR, STA, DEX and WIL.

Whenever you or your opponent execute a special shot, it will be indicated with an additional text at the bottom of the screen (do you see the reference?). This makes it easier to see what is coming towards you and to react after the special shot animation ends. If you see a "Player uses EAGLE SHOT" while you are standing near the net - well, good luck with that! 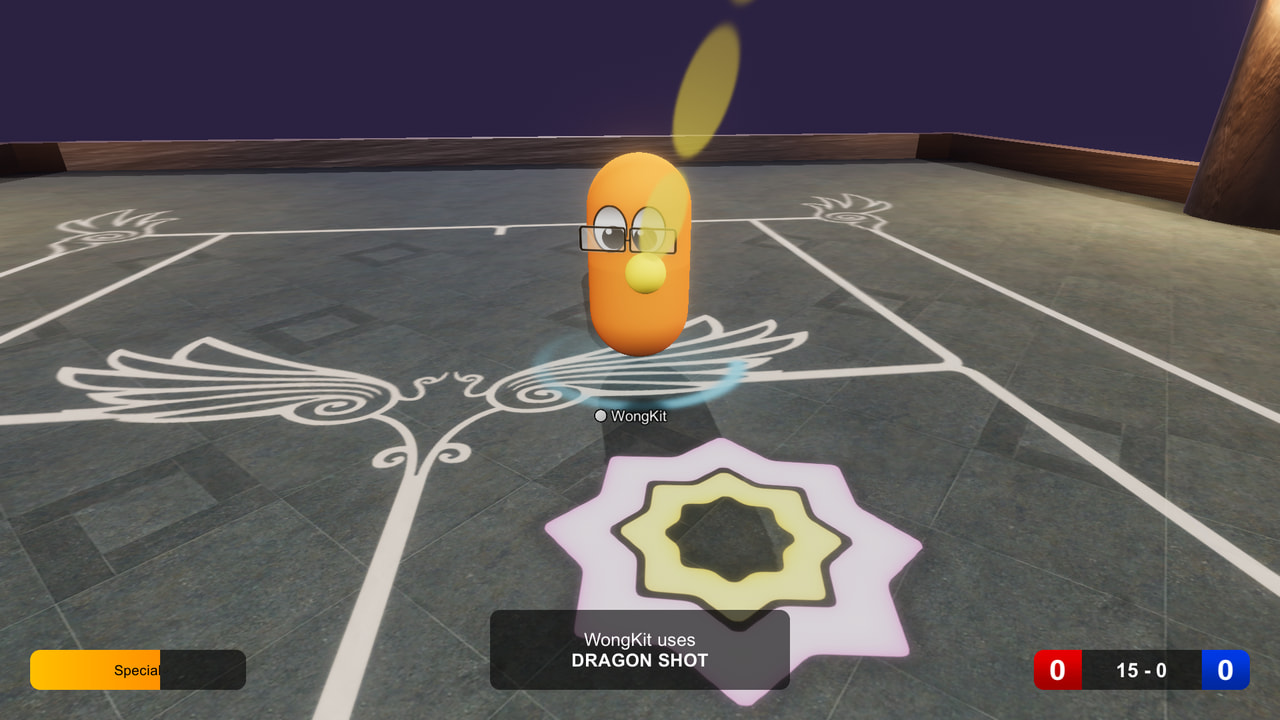 
I really hope, that special shots will be accepted as a standard gameplay element. I know, that their counterparts were disliked in FT, but the reasons back then do not apply here as there is no overpowered or any form of a defensive shot.

In order to give you more chances to test this update, I decided to extend the upcoming test run. The game server will stay online for a week starting this Sunday 30.08. at 18:00 CET. After that, the game will return to its limited availability every Tuesday and Sunday.

As always - if you had the chance to play Pixel Tennis, please take a moment to post your honest feedback. It does not matter if your opinion is positive, negative or mixed, if you want to focus on gameplay, visuals, performance or other areas. Every response I get will help to improve the game further.
Somehow related to an online tennis game.
Top

Added a major function in version 0.4.2 as requested by Widukind

Spectator Mode
Every room now contains 4 additional slots. You can move yourself to that slot and join the match as a spectator. Note, that this function is bleeding edge technology (-> not that well tested ^^). But that's why there is the current test run for! 
You can also not kick yourself anymore as a room master.
Somehow related to an online tennis game.
Top
Post Reply
2 posts • Page 1 of 1