It is that time of the year when I take a moment to recap this project and its development.

Pixel Tennis started strong with its first playable public test run (Milestone 1) in February 2020. It was great to see the game actually be played and enjoyed by our rather small community. There were people from around the world logging in and posting feedback on the site.
As expected, the initial version did have some bugs that could crash the server or lead to very confusing gameplay behavior. But all in all, it was quite a successful launch and most issues were fixed quickly.


More and more features were added in the next months and gameplay adjustments improved the game even further. In case you did not know – I recorded and analyzed Fantasy Tennis video footage frame by frame to mimic ball and player physics as close as possible for the initial balancing. From there, Pixel Tennis got its own spice with different aberrations like guard break and hit stun behavior.
The game received major new functions like a singleplayer mode with ai controlled opponents, a global ranking system, an ingame shop along with character customization, a spectator mode and much more. Adding all those things was challenging but also somewhat fun.

With the launch of Milestone 1 and its further development, I wished to get the attention of more people, mainly from the former Fantasy Tennis community at Discord and Facebook. I wanted to build up our own community as a spiritual successor of the game we mostly played in our childhood. It was clear from the beginning, that it was impossible to create a complete game only by myself as this task requires multiple skills in a variety of topics (programming is no issue for me, but I am no expert at creative tasks like 3D design for example). So I secretly hoped, that the community could fill in the gaps I was lacking. 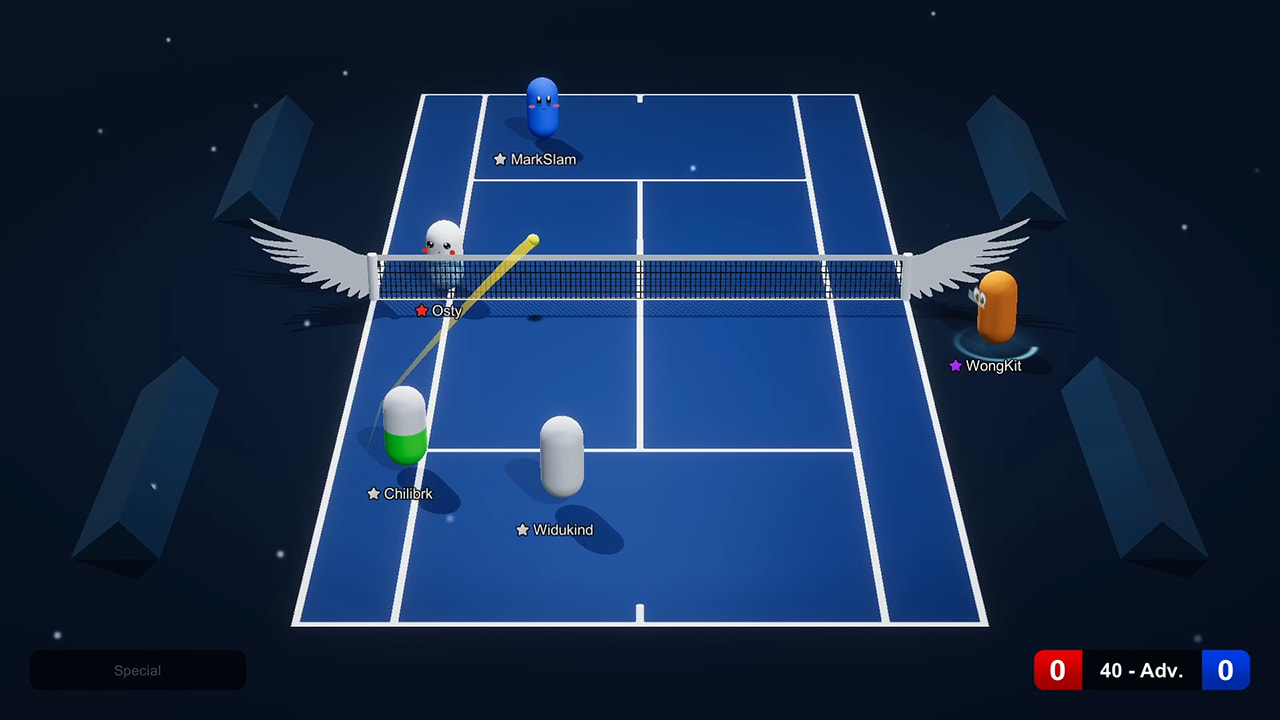 
Unfortunately, this did not work out that well. The number of actual people playing is also not promising. There is a handful of people regularly online and I am thankful, that they enjoy Pixel Tennis as it is. I still expected more and especially a greater variety of players checking out one of the few ways of playing tennis online, though. However, I am of course willing to continue working on Pixel Tennis as long as I have enough time to spare

Last but not least, I want to share some of the game statistics, that were collected during all test runs:
- 2.417 individual multiplayer matches were played. This is a total of 196 hours on the court
- 293.645 Pixels were earned during single- and multiplayer. 147.650 of them were spent in the shop
- The singleplayer level 50 “Ultimate Pixel” was beaten 24 times by 11 different players
- 244 different game accounts logged in, 72 players played the game for at least 1 hour.
- The longest match lasted about 22 minutes

Thank you all who contributed, posted feedback or simply played the game!
Let’s see what 2021 will offer. Maybe, we can get some character models ^^"
Somehow related to an online tennis game.
Top